Annals of the Fondazione Luigi Einaudi

An Interdisciplinary Journal of Economics, History and Political Science 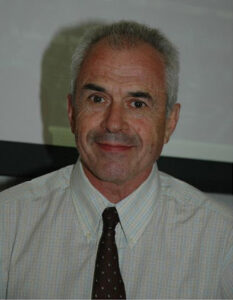 Stefano Fenoaltea (1943-2020) passed away on 14th September 2020. He played a central role in introducing cliometrics in Italy. His research project, to which he devoted more than 50 years – almost all of his entire brilliant career – provided new ideas, put forward challenging new interpretations of Italian economic history during the Liberal Age, while, at the same time, bringing about a new methodological fresh air.

Economic historians should not disregard the minutiae of the reconstruction of the dynamics of individual industries, too, his deep and wise use of historical sources. Fenoaltea’s methodological lesson is not just about Italy’s economic history. All quantitative economic historians, regardless of the countries covered by their research, should study the analytical method he employed to deal with sources – and his acumen in using economic theory to understand them. Historical production series was definitely his field but it showed his logical and theoretical mastery also in other topics such as slave governance in antiquity and in the New World.

Fenoaltea’s deep methodological awareness led him to develop a thorough reflection on methodology itself. He refused methodological platitudes and framed his scientific activity within a large cultural background, claiming the importance of European classical studies. He felt strongly the need for a genuine cross-fertilization of economics and economic history with other disciplines, such as anthropology, sociology and philosophy.

On this background the Associazione per la Storia Economica (ASE) and Fondazione Luigi Einaudi, two institutions that took great advantage from Fenoaltea’s scientific engagement over the last years of activity, are organizing a joint workshop to reassess Fenoaltea’s legacy, not least to promote it among younger scholars, whom will be provided special attention in the selection process.

The Annals of the Fondazione Luigi Einaudi. An Interdisciplinary Journal of Economics, History and Political Science and Rivista di Storia Economica (https://www.mulino.it/riviste/issn/0393-3415) will both and simultaneously publish two monographic issues on “Economics, History and Economic History in Stefano Fenoaltea’s cliometrics” with papers presented at the workshop. Articles submitted to the joint workshop will be collectively reviewed by the two journals. Once accepted, papers will be published in one of the journals based on the topic and perspective. Both journals will promote an online grouping of all accepted papers.

The workshop will cover topics belonging to Fenoaltea’s research activity. The following list is only partial. It may be useful for contributors to assess the relevance of their proposals:

We invite scholars to submit an abstract of the paper they would be interested in presenting at the workshop (500 words max., 3 to 5 keywords) by May 31th to alberto.baffigi@bancaditalia.it and giovanni.vecchi@uniroma2.it.

Workshop organizers (who will also act as editors of the special issues) Alberto Baffigi and Giovanni Vecchi, will send notifications of acceptance or rejection by June 30th. Full papers are due October 31th, 2021. 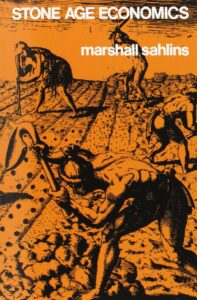 In 1972, American anthropologist Marshall Sahlins published Stone Age Economics. Now a classic of modern anthropology, and probably the most important work in economic anthropology, the book had a profound and critical impact on many different social sciences. From the identification and original use of the category of the mode of production to the idea of primitive affluence; from a vision of exchanges as defined also, and decisively, by their social terms to an illuminating interpretation of Mauss’s The Gift as the discover of the non-contractual element of the social contract; from the development of a cultural perspective on the economy and the alternative it provided to the economicism of formalist anthropology, with the proposal of an “anthropological economics”; the surprising modernity of Stone Age Economics provides social scientists with extremely fertile and inspiring ideas and approaches, whose continuing relevance is beyond dispute.

On the occasion of the 50th anniversary, the Annals of the Fondazione Luigi Einaudi. An Interdisciplinary Journal of Economics, History and Political Science will host a monographic issue on Marshall Sahlins’s Stone Age Economics (“A Semicentenary Estimate”), to be published in 2021.

The mission of the Annals of the Fondazione Luigi Einaudi (which builds upon the tradition of cultural openness fostered by the Fondazione Luigi Einaudi di Torino, established in 1964 by the scholar of political theory at Cornell University Mario Einaudi, with the support of the family of economist and former President of the Italian Republic Luigi Einaudi) is to contribute to promote interdisciplinarity as a method of scientific inquiry and a highly relevant issue in social sciences. It aims at facilitating communication and interdisciplinary discourse among both established international scholars and younger scholars working in different fields of social sciences. The enormous importance of Stone Age Economics for social sciences as a whole makes it particularly suitable for an interdisciplinary discussion of the kind of those the Annals are intended to host.

The special issue will include invited articles by leading scholars in anthropology and other social sciences – Sahlins himself will contribute with a paper – as well as peer-reviewed works received through this call for papers. Papers are therefore solicited across a range of disciplines – including anthropology, sociology, economics, philosophy, history, political science, and international relations.

Topics include, but are not limited to:

We invite interested scholars from all social disciplines to submit an abstract (300 words, 3 to 5 keywords) by October 30, 2019 to editors@annalsfondazioneluigieinaudi.it.

The editors of the special issue, namely Mario Cedrini and Roberto Marchionatti, will review the abstracts and send notifications of acceptance or rejection by November 30.

The special issue will include up to 8 contributions among those received through the call for papers. Final papers (about 8000 words) will be due on March 31, 2020. Please note that acceptance of abstracts does not necessarily imply acceptance of the paper for the special issue.

For further information (including aim and scope of the Journal), please refer to the Journal’s website. 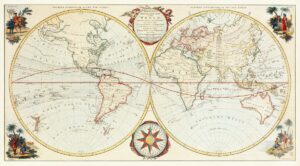 The Editors of The Annals of the Fondazione Luigi Einaudi. An Interdisciplinary Journal of Economics, History and Political Science are calling for proposals for a monographic issue on New Geographies of the Atlantic, 19-20th centuries, to be published in 2020.

In the last three decades, scholars working in the field of Atlantic history have demonstrated the explanatory power of this geographic region as a unit of analysis. Restoring the connections and exchanges between Africans, Europeans, and American Indians, Atlantic perspectives have deepened our understanding of transformations over a period of several centuries, casted old problems in an entirely new light, and illuminated connections hitherto obscured. More importantly, privileging a history beyond national or imperial borders, Atlantic history has broken down not only old regional barriers and paradigms, but also modes of analysis based on modern cultural and political hierarchies. In this light Euro-American relations, once seen as the core of “Western civilization”, are reconsidered as part of a wider, multicentered transnational space.

The coherence of the Atlantic does not mean however that the region was hermetically sealed off the rest of the world. Since 1492 the Atlantic space had been drawn into global ties that intensified in the 19th century thanks to three major developments: (1) revolutions and independences in the Americas, (2) the end of the Atlantic slave trade, (3) the expanded European colonization of Africa, (4) the transportation revolution and its impact on the circulation of people, goods, and ideas across the Atlantic basin. Even though the region is no more characterized by the coherence of the previous centuries, these developments configure the Atlantic as an important laboratory within which to examine regional and global transformations. After the revolutions, the end of the transatlantic slave trade, and the expansion of European colonization in Africa, the encounters among Europeans, Native Americans, and Africans have not ceased, but they had been fundamentally transformed.

Drawing on these findings and considering the limited impact that the Atlantic history is still having in certain European countries, this thematic dossier intends to focus on the new or alternative geographies that the Atlantic paradigm has created in the 19th and 20th centuries. With the term “new geographies” we refer to specific or discrete spaces that, thanks to this approach, have gained a new political and social place in the Atlantic or global context, such as Saint-Domingue/Haiti during the Age of Revolutions and the 19th-century emancipation process. We also refer to commercial routes or markets that had been consolidated after the Atlantic revolutions or the end of the transatlantic slave trade and that eventually opened up new global connections.

In particular, this call invites scholars to propose papers that reflect on the following themes or lines of inquiry:

If interested, please submit an abstract (300 words, 3 to 5 keywords) by February 15, 2019, to editors@annalsfondazioneluigieinaudi.it

For further information (including aim and scope), please visit the Journal’s website. 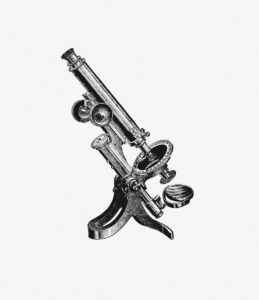 Building a European Research Policy. Science and “Europeanization” after WW2

The editors of the new international journal The Annals of the Fondazione Luigi Einaudi. An Interdisciplinary Journal of Economics, History and Political Science are calling for proposals for a monographic issue on Building a European Research Policy. Science and “Europeanization” After WW2, to be published in 2019.

The issue intends to explore the role of basic science as crucial engine of post-war European integration.

According to Kiran Klaus Patel and Ulrike von Hirschhausen, “Europeanization” has to be conceived as “a variety of political, social, economic and cultural processes that promote (or modify) a sustainable strengthening of intra-European connections and similarities through acts of emulation, exchange and entanglement and that have been experienced and labelled as ‘European’ in the course of history”. Europeanization is, therefore, not a uniform, unidirectional and teleological process, but rather “a category of practice which has been projected and performed, experienced and exported, labelled and legitimised, appropriated and emulated in a range of contexts” (Hirschausen and Patel, 2010).

Adopting a similar social constructivist approach, Johan Schot and Thomas Misa focus on how “actors design and use technology to constitute and enact European integration (or fragmentation)”. They see technology as a set of Europe-building practices “in which specific concepts and visions of Europe became embedded in particular designs for artefacts and systems” (Misa and Schot, 2005). Technology in this context serves as a grid to interpret Europe in action. Two international research projects by Schot and collaborators, one on Inventing Europe and another one on the Tensions of Europe (http://www.tensionsofeurope.eu/), have demonstrated not only the importance of this approach but also the potential for its extension to neighbouring fields.

Methodologically, this monographic issue aims to bridge the gap between history of science and social constructivist perspectives of this king in the history of European integration. Typically, successful examples of integration through science include transport and energy infrastructures, or big technological projects like Airbus. However, integration as process involves some scientific fields ranging from biology to medicine, from cybernetics to environmental sciences – with their networks of scientists, fellowships, laboratories, practices, technologies, etc. This special issue claims that scientists and their networks should be considered as crucial agents of change within the contested processes of creating a unified European scientific and cultural space.

Possible topics include, but are not limited to:

The special issue will include 8-10 contributions in the form of papers (8000 words) which will be selected by the editors through peer review procedure.